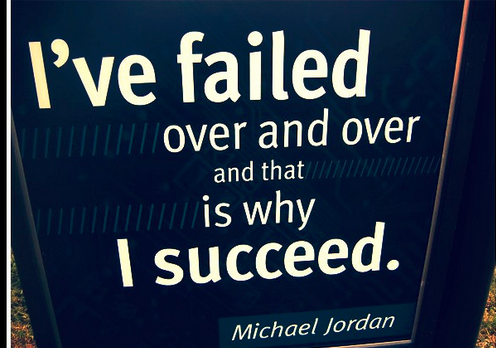 If you would’ve asked me the day I got sober what I wanted in life, I would’ve said “I just want to see my kids and not drink anymore”. But, I would’ve be lying, kinda.

I knew that getting sober and seeing my kids were not going to happen. For me to see my kids, I would have to never drink again, and I’ve been down this road 100 times. Its not going to work. It never does…

In the past, I knew what I had to do to get sober and get my kids back in my life. I knew how I was going to do it. But they Why was gone. It was gone because of all the failures. Every single time that I had tried to make anything of my life, or just get sober had utterly failed. My Why was gone. This had been building up my whole life, even before drinking. The first time I remember failing was in 7th grade when I tried out for Theater. The first round consisted of singing Happy Birthday to a couple drama teachers, and I nailed it. It was easy, since I knew the song by heart and I’ve never really had trouble performing in front of others. When I showed up for the second round, I was handed a script that I had to memorize. I freaked, and it was my turn within minutes of receiving the words. I bombed and was not selected.. I never showed my face in an audition again.

Up until three years ago I could name 1000 times something similar to the theater experience happened in my life. Failure. I felt like I was the only one. This in turn developed the mentality to either not try, or try until I knew someone was better or I failed, so I quit. Cub Scouts, school, football, hockey, work, being a father, friend and sobriety. Everything.

The day I got sober, those feelings where no different. The thought “When is the day coming where I ruin everything?” haunted me for a long time. But something else happened that day that I cannot explain. My Why came back with feelings. My gut, my spirit, me. Something changed that I still to this cant explain. There where many thoughts that ran through my head that hadn’t been there in a long time. I realized that day that I had a ton of failures, but for some reason on that day they meant something else. They meant I was alive. They meant I was trying. They meant there was still a chance. No matter how many times I had failed, I still had room for one more. Failure meant so much more to me that day then it had ever. That day, no matter what, I was Aiming to Fail. Which really means no matter what, I was gonna get back up again. I knew failure was going to come in many ways, but I’ve been through so many of them, it didn’t matter anymore. No matter they road blocks, detours, traps, shut doors, it couldn’t stop me. Because I’m still here. I’m Still Here. I’m not a failure, my success is taking a while.

So to test my thinking, I tried a couple things I normally wouldn’t of done. One was applying for jobs I knew I couldn’t get due to lack of experience and my felony background and being homeless.

The next blog will be about how I landed a job that was way out of my reach and how my employer is changing the game for hiring people like me.

Side note: When I was in the courthouse the other day pitching my idea of bringing reformed criminals that are not leaders in the community in to the jail and helping inmates learn marketable skills… one of the employees of the courthouse said this to me “Adam, I define success as, If you love what you do, you’re successful” Well, I didn’t say this to here, but I should’ve said, I love everything about my life, especially the failures.