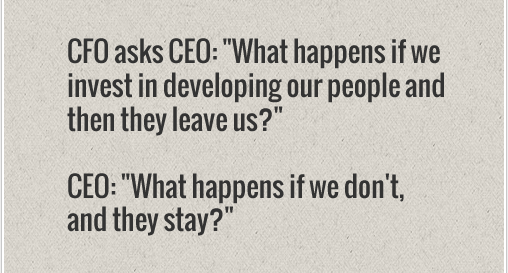 I once heard that if you have a job, you are not a true Entrepreneur. Im sure that Gary Vaynerchuk came up with that to create clicks on his video. So lets run with it for a bit, even though I disagree with it. Its like saying you’re only a true parent if you are a single parent. Obviously that isn’t true..But,  lets entertain for this blog. Also for the sake of argument, I will use my own definition.

Felon Entrepreneur: One who creates an opportunity against all odds, fear, risk and judgement. This could pertain to business, family, social solution or a variety of other things that one makes better.

I’ve always been very fond of the startup community. I love the drive, passion and the risk that they endure for small wins. Its very similar to a poker game when you have the least amount of chips, and crap cards. Some think its a waste of time, but entrepreneurs see they have an opportunity to play, because they have cards. Its a long grind and most dont make it, but the good ones.. they play harder, smarter and win.

Now imagine the entrepreneur that I described above, but add felonies, judgement, probation/parole, drug problem, no form of any revenue and was just released from lockup. So to run with Gary’s definition of “you’re not a true entrepreneur if you have a job”. Well, this is about as crazy as it gets when you are living day to day. High risk, ha. This is the maximum risk one could probably endure when trying to create an opportunity from nothing. This is the bottom in our culture. They are sitting at the poker table with one chip, just got dealt seven deuce and there is no other players at the table.. Because all the other players are at another table. A table that does not accept felons to play. Welcome to our normal high stakes culture that is in every community.

Felons have a natural ability to hustle. Its been used in many ways to make something from nothing. Some stole cars, some sold drugs, some hacked accounts, some embezzled. All of them had one thing in common, they created. They found their own chips, and made a table for themselves. When thinking of it this way, why do we think they cant be successful? Fear?

We have seen felons fall. But they always get up. Always. Since F5 started, we have been apart of many felons lives. Jobs and housing are always the hardest to get when they are released. Most cant even get past the application process. Fine. We will accept that. We get it, they are felons. Its easy to not give them chances because on paper, they ruined their chances. But is that true? How long does one have to pay the price after getting tagged as a felon? After serving time, completing probation/parole do they still have to be judged in our community as one that should not get a chance? Landlords dont rent to felons. Employers dont give jobs. Where is that in writing when they are being prosecuted? “If you plead guilty today, you will be judged for the rest of your life on some record online. You will not be able to ever live a normal life. Ever”

The beautiful thing about this, because there is one, none of this matters. America is so big, so vast that there are opportunities that most dont know about. But we do, because we lived them and figured it out.  If employers dont want to hire felons, if landlords dont want to rent to them, then we will seize the opportunity to help them start businesses and buy houses. Why? Because it is easier for a felon to do those things then it is for them to rent or get hired. Why? Because it doesn’t matter what your background check says when you have created something from nothing. Your felonies cannot stop you from building credit. Your crimes cannot stop you from filing paperwork. It cannot stop you from learning marketable skills and beating out the competition. You remember that conversation between the CFO and CEO? Well, the business developer that I am, I say, “What happen if you dont give chances? Lets play poker.”

Today, I have seen many felons going against the odds, fear and risk. They are getting jobs. They are getting housing. They are starting to sit in the chairs of the real poker table. Right now, they have a 7 2 off-suit, with little chips. But it doesn’t matter, because they know the right cards will come for them to win. If not, they will keep playing until they do. They are learning out to call for jobs, how to interview better, how to create opportunities. Its actually kind of easy to help them with this. They already know how, they just need someone on their side that has been through it already. They will succeed because they have created a network of people that have become a tribe. They are starting to trust one another, and seize the day. There are not expectation other then to try harder today then they did yesterday.

Why do I believe they will beat the other players at the table? Because they are True hustlers. Real Felon Entrepreneurs. And they have a good hand now. They just needed a chance.