It starts with employers

It starts with employers 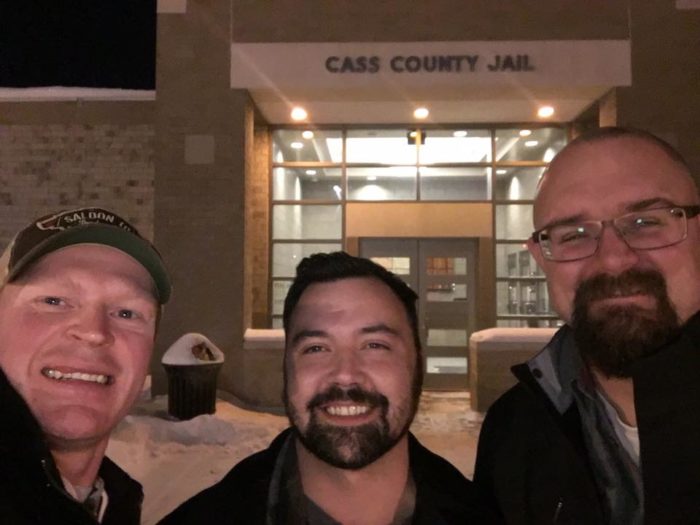 Tonight was a special night for F5 Project.

Normally on Wednesday nights, a few speakers and myself bring a meeting into the jail. This meeting usually is meant to help encourage inmates, and let them know they are not alone. “We have been in your shoes” is the reoccurring theme every week. What better people to try and help guys in jail, then the guys who are successful today and were once in jail themselves. Does a heart surgeon ask a plumber for advice on a heart surgery? Well, he would, only if he also happen to be a heart surgeon. So why should felons helping felons be any different.

Tonight we brought a speaker in that is dear to my heart. His name is Jeff and he owns a business that not only hires felons if they are willing to put in the work, but him and I also have some history together. I used to work for Jeff back in the day when I was a hot mess. Such a hot mess that I actually stole a U-Haul, broke into his business and stole a bunch of office equipment. I later woke up in Detroit Lakes in a random hotel room, and before I even opened my eyes I could smell the alcohol in the room. I knew I screwed up again. So I ran.

My plan was to go to Mexico and try to live a different life. My life would never be the same in Fargo, no matter my explanation or what I did to make it right. I finally burnt every bridge in my life.

I knew the only way I could get to Mexico with no money was to talk my mom  into buying me a bus ticket for Alabama and convince her I needed to go live with my Grandma. Once there, I could find some work and buy another ticket and go to Mexico. Once I got to Alabama, my Grandma help detox me and I finally got some real sleep. While there I constantly called the Sheriff’s department to see if I had any warrants. It took a couple weeks, but they went live with 5 felony warrants.

After doing some research online, I found out that this was the year the law was created that I needed a passport to get back into the states if I leave. So I was faced with a few choices. 1. I can run to Mexico and never come back. 2. I could try and test my luck and get a passport and probably be arrested. 3. I can go back to Fargo and turn myself in.

That night when I went to bed, I prayed. It had been years since I had last hit my knees and prayed. “God, or whoever you are. I know we dont talk much, and I dont really like this idea of getting on my knees just because I want to talk to you, but whatever. I’m pretty lost, and I dont know what to do. I know I’m not supposed to ask for signs, but if you could give me some kind of burning bush sign that I’ll be ok if I go back to Fargo, Id appreciate it.” Then I laid in my bed. It felt like it had crumbs in it, so I wiped them off and laid back down. A few seconds later I felt something bite me. Then again, and again. My bed was full of fire ants! I jumped out of bed and tried to get all of them off of me and cleaned off my sheets. “Is this my sign?, If it is, it a horrible one” I disregarded it and went back to bed.

Then next night I got on my knees again. “Hey dude, I’m not taking the fire ants as a sign. Maybe just give me a overwhelming feeling, a picture in my mind or something. I just need to know if I should go back to Fargo.” Deep down I knew I should. I had a kid and if I went to Mexico I would never see him again.

I think… I just wanted to know if God was real, or if he had my back. Honestly, I dont really know what I was looking for, maybe just a scapegoat in case things went really bad, I could blame it on Him.

After my genie prayer was done, I laid down. Yep, full of fire ants again. This time I wasnt going to question it. I went back to Fargo and turned myself in.

After I got out of jail, I was invited to a get together with friends. While there I saw Jeff. I purposely stayed out of his eyesight and on the opposite side of the room.  Being a man of character that he was, I knew he wouldn’t harm me or anything, I just was so filled with pride and spent so much time trying to build up this false image of myself to others. Jeff was the one guy in the room that would see through all the crap. He knew me for who I was. A felon that had robbed him even after he gave me a chance to work for him. Im the reason that felons dont get second chances.

I tuned around and there he was standing right before me. Hes much taller and bigger then me. I felt like I was two inches tall staring into a giants eyes. All I could think of was how much I wished I had his life. Job, place to live, friends, family. His life was successful in my eyes. What Jeff did next changed my life. He stuck out his hand to shake mine and said “Hey bud, Im glad you’re back. Missed having you around” I melted inside when he pulled me in and gave me a hug. Why the grace? Why is he being nice to me? This doesn’t feel right, somethings wrong. Run.

As the days went by Jeff called, texted and checked on me from time to time. Made sure I had everything I needed like food, shelter and rides. He forever changed not just my life, but my outlook on grace. Here was a real life grace that I had heard so many talk about, but had never really seen.

Jeff is on the right

Tonight Jeff joined me for the F5 Project jail meeting. He told his story of when he was down and out and people in the community came to his rescue. He told the story of how we knew each other. He explained that he still hires felons, as long as they are willing to put in the work. Tonight I realized, he is a man of grace. He is an employer stepping up to help others that most dont think deserve a chance. He gave this felon more than one chance.

Employers hold the keys to a new life for many felons. The fear is, “what if they lie, cheat, steal or hurt someone” I think those are legitimate concerns, especially with some of the felons I know. This is part of the reason F5 Project exists. We can be a filter for how you should take a chance on and who you shouldn’t. Believe me when I say, It takes a felon to know a felon. We will have a much better idea on if someone is ready for you to employ or not. Dont get me wrong. Im not promising bad stuff wont happen. But think of this when you consider trying to hire a felon. How many of the people you have employed that did not have backgrounds quit on you? How many lied to you? How many of them stole from you? The real question is, knowing that people without backgrounds did that to you, then why resist hiring, mentoring or changing out community by giving a second chance to a guy that is trying to change his life? Be the chance.