A conversation between a Felon and a Judge

A conversation between a Felon and a Judge

The idea of the war on drugs was to lock up drug dealers, save lives and create safe communities. Sounds like the perfect plan to make drugs go away, and hold those accountable that were creating the problem. But it didn’t work. Supply and demand was not taken into consideration, and the problem is worse than ever.

Below, you will read a letter to a judge describing the life of an addict. One that is normal but not heard often due to the shame and stigma associated with addiction, and felony backgrounds. Parent, educated, good life. Can that be ingredients for addiction? Today, as I write you, I have no idea where addition comes from. There is too much variety of the chaos for us to identify if it is hereditary, environment or anything.

Its beginning to look as if, this isn’t a criminal problem, but a justice problem for those affected by addiction. Imagine if we had the right resources fully available to those with drug problems just like those who have insurance for treatment and community connections.

Imagine if those woman was given a chance to truly prove herself, just like those who don’t have to go to court to plead for their freedom. Imagine if we gave treatment instead of handing out felonies like candy. Imagine.

This is a letter from one of the women that used to live in a F5 House and has transitioned out into her own place. Her own lease. Her own life.

Honorable Judge (Name taken out),
Thank you for allowing me to personally talk to you through this letter. I realize how many different people you must see and I appreciate the opportunity to be able to explain a little about myself as an individual; in regards to the case that brings me before you.

Thank you, Your Honor, for allowing me this opportunity to share with you a little about myself and how I came to find myself in your courtroom. I’m prepared to accept what you feel is best for my situation; continue to move forward in my recovery.
Sincerely, 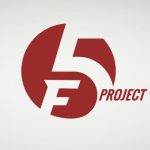