There has been a ton of new laws added in a variety of states. Especially North Dakota as it relates to the restoration of rights to those formerly incarcerated. Below you will find what the Federal, and a few state guidelines for that. 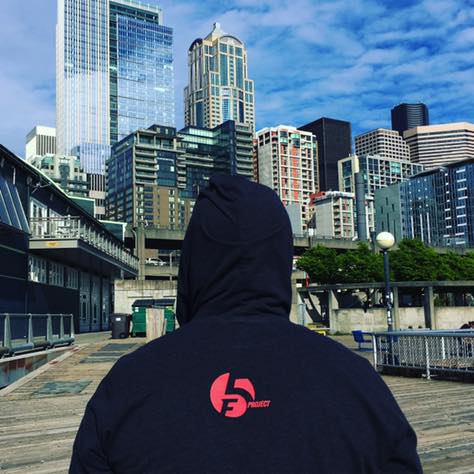 Federal:
Loss & restoration of civil rights: Vote depends on state law for people with state offenses and people with federal offenses. Federal jury eligibility is lost upon conviction in state or federal court of a crime punishable by more than one year if a person’s “civil rights have not been restored.” The Constitution does not prevent individuals from holding federal office after conviction of any crime. Most states that do not restore the right to vote automatically give people with federal offenses access to their restoration procedures. Jury eligibility is restored when “civil rights have been legally restored” under state law.

Pardon policy & practice: President decides; no reporting or notice requirement. Eligibility five years after sentence or release from confinement. No public hearing, paper record review, unlimited time. Relieves all legal disabilities but does not expunge. Pardons infrequent and irregular since 1990.

Judicial expungement & sealing: No federal expungement, except where arrest or conviction invalid or subject to clerical error. Deferred adjudication and expungement for first misdemeanor drug possession if under age 21 at time of offense.

Minnesota:
Loss & restoration of civil rights: All civil rights lost upon conviction of any felony; restored upon completion of sentence. (Must be off probation or parole and not in any prison or jail)

Pardon policy & practice: Governor and high officials (attorney general, chief justice) act as pardon board, which is required to report to the legislature annually; for a “pardon extraordinary,” which restores all rights and effectively nullifies a conviction, eligibility requires five crime-free years from final discharge for nonviolent crimes or 10 crime-free years for violent offenses (includes drug felonies); commissioner of corrections screens applications and decides which cases should be heard by the board; public hearing with notice to officials and victim and decision announced at end of hearing; pardon extraordinary does not expunge or seal conviction. Pardon process regular, but grants issued sparingly (about 1/3 of those heard).

Judicial expungement & sealing: Effective January 2015, all misdemeanors and many minor nonviolent felonies may be expunged (sealed) after a two- to five-year waiting period; sealing also available for cases resolved in an individual’s favor or resulting in diversion or stay of adjudication, juvenile delinquency adjudications, and juveniles tried as adults after discharge; balancing test applies with presumption in favor of sealing non-conviction records. Common law expungement available for most records not eligible for statutory expungement; balancing test applies. Deferred sentencing for certain felony convictions which may be knocked down to misdemeanors following probation (does not make them eligible for sealing).

North Dakota:
Loss & restoration of civil rights: All civil rights lost upon conviction of any felony while actually incarcerated, with certain offenses excepted for jury eligibility. Restored upon release. (You can vote as long as you are not in prison or jail. Meaning you can vote if you are on probation or parole)

Judicial expungement & sealing: Effective August 1, 2019, misdemeanor and felony convictions may be sealed upon petition, with waiting periods of 3 and 5 years, respectively, except that violent offenses must wait 10 years after completion of sentence. Minor felony convictions may be set aside and knocked down to misdemeanors after successful probation, but no expungement except for non-conviction records. First offense marijuana possession may be sealed by court if no subsequent conviction for two years. Deferred adjudication and deferred imposition of sentence available, with sealing after successful completion. Juvenile records generally confidential, and may be destroyed upon petition and showing of good cause.

South Dakota:
Loss & restoration of civil rights: Vote lost upon conviction of any felony; jury eligibility lost upon conviction of any felony only if actually incarcerated, including a suspended sentence. By statute, office eligibility is same as jury eligibility; by state constitution, office eligibility is same as voting. All civil rights restored upon completion of sentence. (You can vote as long as you are not in jail or prison. You can vote if you are on probation or parole)

Pardon policy & practice: Governor refers applicants to Board of Pardons and Paroles, which must recommend pardon in order to have record sealed. In general, must wait five years to apply. Public hearings; notice to DA and judge with publication in newspaper in county where crime committed. Relieves legal disabilities, no predicate effect. Process takes about six months. In 2014, the Board of Pardons and Paroles implemented a policy that expedites the pardon process for certain nonviolent misdemeanors, with waiting periods of 5 and 10 years. About 30-40 grants annually, 60% of applications.

Judicial expungement & sealing: Records of petty offenses, class 2 misdemeanors, and municipal ordinance violations automatically sealed (removed from public record) after 10 years. Sealing following deferred adjudication for first felony offenses, except for serious offenses (restores person to pre-arrest status). Pardon automatically seals record. Sealing of juvenile records upon petition after a waiting period with finding of rehabilitation. Non-conviction records may be expunged one year after arrest if no charges filed; at any time after acquittal, or after dismissal with consent of prosecutor.

All info about all states can be found here: http://ccresourcecenter.org/restoration/