Move part of effort to ‘minimize harm on suspects’ who later gain employment or just move on in their lives.’ 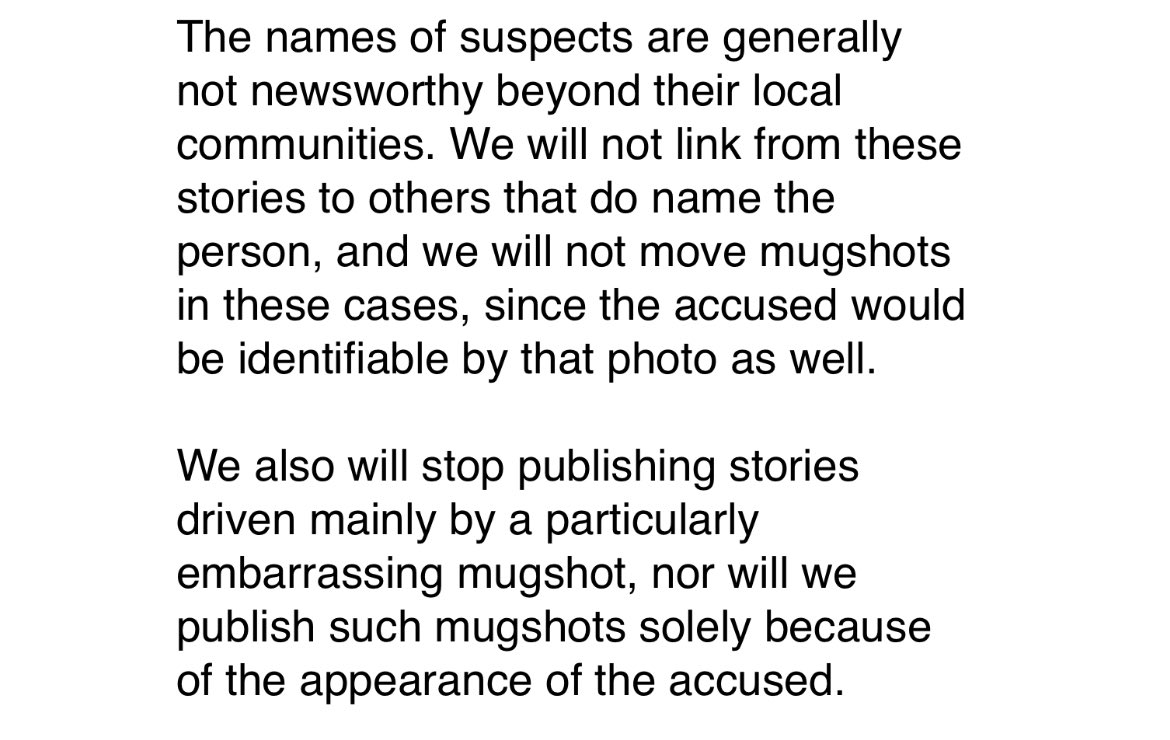 The Associated Press announced on Tuesday that it will no longer release mugshots or name of suspects involved in “brief stories about minor crimes.”

AP reporter Farnoush Amiri shared the new guidance on Twitter, writing that “In a huge departure, @AP will no longer name suspects in brief stories about minor crimes in which there is little chance AP will provide coverage beyond the initial arrest.”

The move, she said, is part of an effort to “minimize harm on suspects’ who later gain employment or just move on in their lives.”

“Usually, we don’t follow up with coverage about the outcome of the cases. We may not know if the charges were later dropped or reduced, as they often are, or if the suspect was later acquitted,”  AP vice president for standards John Daniszewski wrote in a public memo.

“These minor stories, which only cover an arrest, have long lives on the internet,” and “can make it difficult for the suspects named … to later gain employment or just move on in their lives.”

The outlet has instructed reporters to stop attaching mugshots to such stories, because it would make the individuals accused identifiable. Reporters have also been advised to stop linking to outside stories that would reveal a subject’s identity.

Daniszewski said that while the AP has previously released stories “driven mainly by a particularly embarrassing mugshot,” the outlet will no longer “publish such mugshots solely because of the appearance of the accused.”

The newest guidance received some praise from activists and journalists on social media.

“This is so, so important and necessary,” NBCBLK reporter CiCi Adams wrote. “Naming ‘suspects’ like this does nothing but further criminalize people. I hope more outlets follow suit.”